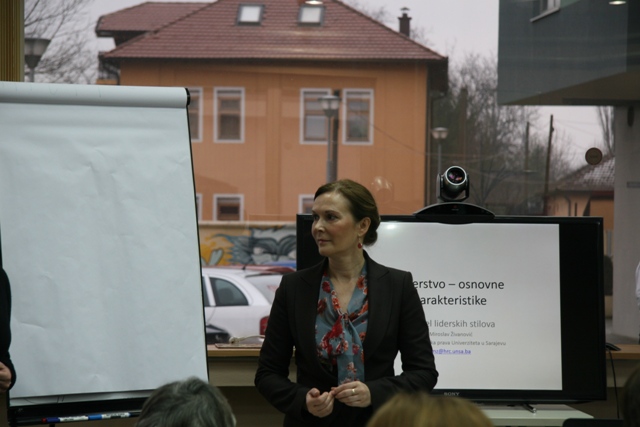 What was it supposed to solve?

Today, 4 years after the initiative of Structural dialogue on justice and the meeting scheduled for 13th July 2015, judiciary, legal representatives and public lose any interest for it. It is obvious that after 2011 when the Structured Dialog was announced as special mechanism for adopting standards and conducting reforms in chapter 23 of negotiations, with a purpose to establish independence, responsible and professional judiciary, haven’t bring any significant changes. Beside minor reforms in the Judicial system, Bosnia and Herzegovina has not harmonized the Judicial system and has not ensured the rule of law and law security, in past 4 years.

After reading of all the recommendations of Structural dialogue, it is easy to conclude that Bosnian-Herzegovinian judiciary has not improved after initiative of mentioned mechanism. Key reform measure, such as question of Supreme Court of Bosnia and Herzegovina[1] was replaced with idea of establishment of Court of Appeal. It is not discussed about fragmentation of judiciary budget in past year, after it was clear that three cantons will not delegate duties on level of Federation of Bosnia and Herzegovina in terms of financing. Eve though the list of questions that should be discussed on meetings is extended, there is not enough movement in establishing system that will meet the EU standards and bring citizens’ trust back.

Who is taking part in process?

It is clear that meetings of Structural dialogue happen in so-called crisis situation in Bosnian-Herzegovinian judiciary. There are some small steps forward according to time and agenda, but meeting agendas are mostly created by daily political situations. Government resolved formal questions of establishing coordinator in sector of Structural dialogue and communication with EU representatives, by establishing Commission for Judiciary of Bosnia and Herzegovina. First Commission’s assignment was to prepare proposal of together platform of judiciary in Bosnia and Herzegovina related to all questions that were subject of discussion and way of including judiciary’s representatives in process of Structural dialogue.

So far, Commission was able to send several reports and answer on questions that were asked, but progress is not visible in judiciary reform and nothing happened than simple correspondence. Even representatives of judicial institutions are attending meetings, political impact is really high. Meetings became discussions and polemics about solutions that should not even be discussed, because there are interpretations of Venetian Commissions already. It becomes obvious that Structural dialogue is discussing politics, fewer real reform of judiciary. Withdrawal of key reforms and compromising with Republic of Srpska representatives will not open space for unique justice system that can be guarantor for same view about access to justice for all Bosnian-Herzegovinian citizens.

Results – Do we expect too much?

The best indicator was the recent cutting of resources from IPA funds for financing work of national Prosecutor’s office. EU made this decision because adoption of Strategy for reform of judicial sector for period 2014-2018 had not happened, even if they were announcing it. This EU decision is strategically unfounded, because cutting of funds for national Prosecutor’s office had negative aftermath for process of war crimes’ processing in Bosnia and Herzegovina. It reflected more victims and their families than present judicial system. Meeting between Bosnian-Herzegovinian legal representatives with EU delegation was held in April, 2015 where they committed to implement conclusions of Structural dialogue. Strategy is not adopted yet. Political dissent is that big during the creation of Strategy, that real question is how Strategy would be implemented after adoption at all.

One of positive movements that happened in 2004 was building formal partnership with NGOs and giving them opportunity to attend two sessions on 7th meeting of Structural dialogue. The priorities that were indicated by representatives of civil society were partially included in the agenda for the next meeting, however, completely unclear is the future role of civil society organizations because most sessions still remain closed to the public. Inviting NGO representatives to participate in this process is welcoming, but without concretizing their role in the consultation process, the question occurs why to complicate even more process that is already complicated by the introduction of new actors.

In past four years, structural dialogue defined the largest number of problems that Bosnian-Herzegovinian judiciary is facing. On question was this process enough structured answer is partially, on question has this process met dialogue answer is not. Citizens of Bosnia and Herzegovina will wait more for system that will provide effective access to justice without any discrimination.

[1] Bosnia and Herzegovina is only country in the World that does not have Supreme Court on national level, that would equalize jurisprudence of all courts and guarantee equality of all citizens.