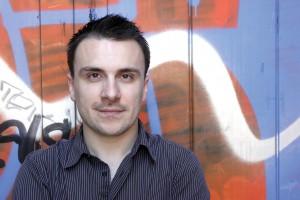 Special Representative F. Mogherini and Commissioner J. Hahn visited Bosnia on Friday, Dec 5th. The EU has offered a new approach and a fresh incentive; it is now up to the BiH politicians to deliver.

The 5th of December started early. As early as 8:30 a.m. Special Representative F. Mogherini, Commissioner J. Hahn and a big delegation from their offices and from DG Enlargement met civil society representatives. I was one of those representatives, there to speak on behalf of the Initiative for Monitoring EU Integrations of Bosnia and Herzegovina about the treatment of minority rights by state institutions.

Business, youth and employment, corruption, media and freedom of expression, minority rights, gender equality and anti-discrimination issues as well as
freedom of assembly were just some of the topics that were discussed. Mogherini inspired trust, showing real interest in human rights issues. “You are crucial for this process”, she said. This sentence was repeated several times as an indirect acknowledgment that the involvement of the civil society in the past was not good enough. Lessons would need to be learned.

Our point that the EU integration and negotiation process needs to be brought back to the institutions – especially the BiH parliament – was also heard. Hopefully, meetings in restaurants in European capitals will no longer take place.

Even on a symbolic level, the process was brought back to the parliament. After the civil society meeting, Mogherini and Hahn met BIH politicians and parties in the parliament building. And it was with all the parliamentarian political parties, and not just the six or seven big ones, that they held a meeting.

In order to proceed with the German-British Initiative, Bosnia and Herzegovina needs to prepare a one-page written commitment. The process will hopefully be led by the BIH Presidency and once it is prepared and supported by the parties, the BiH Parliamentary Assembly will have to vote on it. In that way real political commitment will come from those people who have been elected by the citizens of this country. It is important to note that this has not always been the case. Only a year ago, the Commissioner for Enlargement Stefan Füle negotiated the Sejdic-Finci judgment and its implementation only with the leaders of the main parties, thereby weakening the position of the BIH parliament.
The one-page document will list clear, realistic and relevant reform goals in the area of social and economic rights.
Once this document is prepared and adopted by the parliament, it will go to the Foreign Affairs Council of the European Union to be approved and accepted by the EU Foreign Ministers. The reward might follow very soon in terms of the enforcement of the Stabilization and Association Agreement (SAA) was ratified in 2011, but has since been put on hold. All of this should take place in the first quarter of 2015.
The real work for Bosnia will start after the SAA is enforced. Social and economic reforms will have to take place in real life. In a country with enormous fragmentation in the political party system (12 parties are represented in the state-level parliament and at least 6 will be in the government majority), a weak state and strong federal units, no efficient coordination mechanisms and mistrust between the parties after 8 years of political blockades, it will be more then complicated to advance on the road to the EU.

Are we being too optimistic?

One could say that the current offer from the EU is very much welcomed but that it does not correspond to the reality in Bosnia and Herzegovina. In a way, this is true. However, the fact that Mogherini and Hahn are aware of the circumstances and are very strategic in their approach is cause for optimism. Also, there are several reasons why these processes, unlike the the April package on constitutional reforms (2006), the Butmir Process (2009) or the Füle lead Sejdic-Finci negotiations (2013/2014) might work.

Instead of coming with a prepared list of demands, the German-British or EU Initiative foresees a process of direct responsibility. Local authorities, with the support of EU stakeholders, will develop the list of needed reforms. The list will hopefully be relevant enough, focusing on real needs of the economy but also of the citizens. Further jeopardizing the most vulnerable part of the society– the poor and low-income majority – would be very problematic for all sides involved, because it could lead to more social riots as well as Euro-scepticism.

Even the reform processes very much depend on the decisions and the support of entity level majorities. The current situation in Republika Srpska (RS) is not that threatening. It is well-known that we are apparently going to have one majority in the RS, and another majority – made up of the entity opposition parties (SDS – Serbian Democratic Party; PDP – Party of Democratic Progress; NDP – Independent Democratic Party) – will be involved as RS representatives in the state government. A lot of stakeholders fear that the SNSD (Alliance of Independent Social Democrats) lead government on RS-level might block different reform processes. However, if we take into account that Dodik´s (the President of the RS and SNSD leader) position is becoming ever more precarious, that the promised commercial loans from Russian banks for the RS budget might not flow and that he finds himself under increased pressure within his own party, Dodik’s incentive for collaboration might change. The EU is aware of this problem and might also reward the willingness to carry out reforms with concrete benefits (i.a. future payments from the International Monetary Fund). To conclude, Dodik would be the first to benefit from such reform processes, which is why he has publically voiced his support for the EU Initiative, right after the meeting with Mogherini and Hahn.

The potential surprise in the future might come from Dragan Čović and the HDZ BiH (Croatian Democratic Union). Čović’s demands related to the “Croat issues” are not diminishing and we should neither under- nor overestimate the potential for blockade in the future.

And where are human rights in these socio-economic reform discussions?

In all of these processes, there is not much room to discuss political rights, minority rights and anti-discrimination issues. And in a way, this is how it should be.
However, if we look beneath the surface, we will come to the conclusion that these two topics are very much connected. The demonstrations from February, 2014, but also the 2012 “Park je naš” protests in Banja Luka, which went on for 100 days, the JMBG protests from the summer of 2013 and the on-going workers protests in Tuzla have demonstrated (and are still demonstrating) the need for systematically structured reforms towards social stability and security, a better health system, as well as a transparent and efficient political system and public administration.
I would even dare to say that, for example, the Sejdic-Finci case is completely irrelevant for the majority of BIH Roma population. The majority of Roma are surely not even considering the option to run for a political mandate, but are instead busy facing everyday life problems: almost no employment for Roma, complete exclusion from the education and health system, discrimination and hate-based violence, atrocious living conditions. For Roma, the implementation of the Sejdic-Finci case might be ironically dubbed as a “first world problem”.
Similarly, the majority of BIH citizens are desperately looking for reforms in the health sector, better education for their children and family members, stable working relations and jobs. Citizens want to see “justice”, verdicts being passed in corruption cases and concrete steps in the rule of law that will re-install their trust in the judiciary and at the end of the day – inspire a belief in a better future. The fight against corruption is a particularly important precondition for social and economic-reforms.
This is why socio-economic reforms are very much crucial and very connected to human and minority rights. The EU knows that no human rights can be gained without a stable economy and a social system that will protect the weakest. And we know that there can be no sustainable economic prosperity without human rights.
It will be up to us, the civil society, to monitor the future reforms and the BiH-EU negotiations, so as to ensure that the reforms do not limit the economic, social and health rights of citizens. Future steps need to include reforms of the political system, ensuring it becomes accessible to all of us regardless of our ethnic, national or any other identity related background.