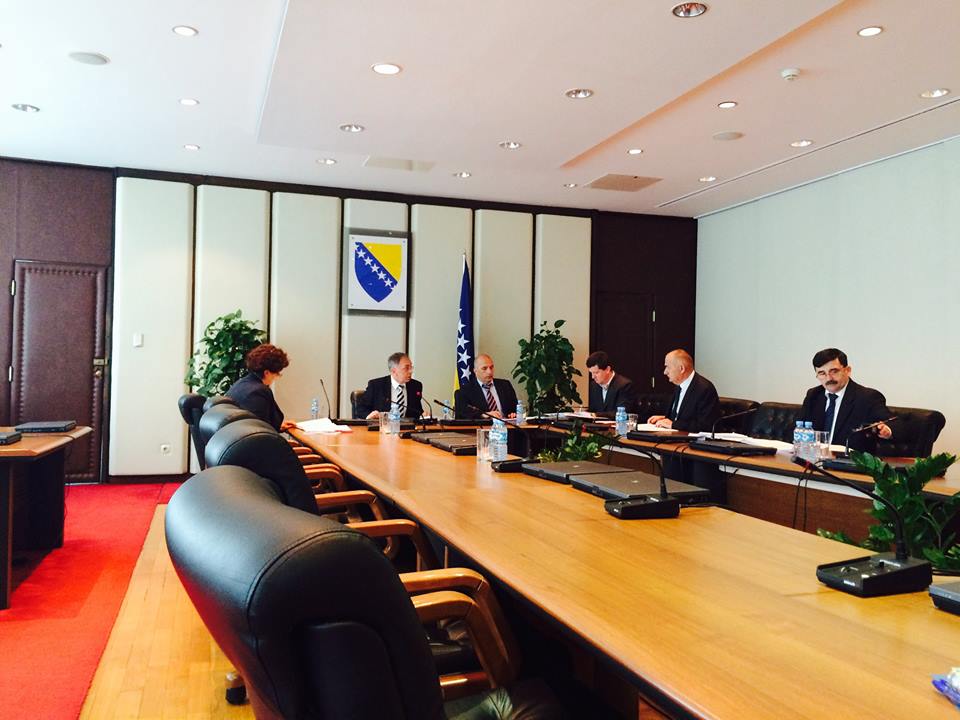 The Initiative for Monitoring European Integrations of Bosnia and Herzegovina supports the yesterday developments at the Joint (ad-hoc) parliamentary committee for the election of the three ombudspersons. At the last session the two representatives of HDZ BIH have not supported the proposed procedures, asking that there should be a mechanism included on which potential candidates should “proof” their ethnicity. But, having in mind that the bh. legal system doesn’t foresee any mechanisms how ethnic declaration can be proofed (ethnic belonging is being declared by the individuals), the whole process of the election of the new ombudspersons has been turned into the wrong direction.

The Initiative for Monitoring European Integration of Bosnia and Herzegovina did also propose amendments to the Procedure of the ad-hoc committee, making clear the the proposed text was not in line with the Paris Principles (http://eu-monitoring.ba/en/proposal-for-amendments-to-the-procedures-on-the-election-of-the-three-ombudspersons-in-bih).

As a result of our interventions we can conclude that at the yesterdays session (July 1st 2015) Rules of procedures were adopted that include almost all amendments that the Initiative has proposed. Very important was the support of MP Maja Gasal Vrazalica who has insisted that some articiles of the Rule of Procedures have to be changes, and that full transparency and civil society involvement should be guaranteed. MP Gasal Vrazalica did use the amendments that have been submitted by the Initiative for Monitoring European Integrations to all involved members of parliament.

At the yesterday sessions it was concluded that civil society organisation should submit concrete questions for the candidates. The members of the ad-hoc committee will consult these questions when interviewing the candidates.

In the following day a call for applications will be published in print media, BiH Official Gazette and the on the web page of the parliament. The Initiative for Monitoring European Integration will continue to monitor the process, hoping that the best candidates will apply to the call.