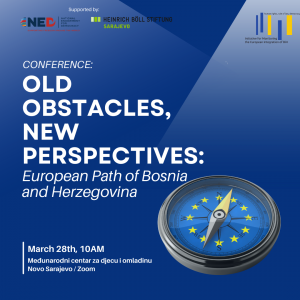 The Initiative for Monitoring the European Integration of Bosnia and Herzegovina with the support of the Heinrich Böll Stiftung Sarajevo is organizing a hybrid conference (in person and online). The conference will be held on March 28, 2022 at the International Center for Children and Youth Novo Sarajevo (Međunarodni centar za djecu i omladinu Novo Sarajevo, Kemala Kapetanovića 17) and via Zoom, starting at 10 AM.

Due to the new circumstances on the international political scene, the neglected European perspective of Bosnia and Herzegovina is again among the most important topics in the public space. Media and political analysts are questioning Bosnia and Herzegovina’s progress on the European path, with a focus on political and economic criteria and compliance with the EU legislation. 14 priorities listed in the European Commission’s Opinion on the Application of Bosnia and Herzegovina, which condition candidate status, have been mentioned on a daily basis without deeper analysis and explanations. Civil society is almost completely excluded from the reform processes, as was the case with non-transparent negotiations on changes to electoral legislation. The narrative of accelerated accession to the European Union can be heard more and more often, which is not grounded in any move or statement of the Union’s institutions. On the other hand, we are witnessing the proactive action of MEPs who advocate a stronger European Union presence in Bosnia and Herzegovina and a more active role in resolving the long-standing political crisis.

Having all above-mentioned topics in mind, we aim to initiate a dialogue between representatives of civil society, MEPs and MPs from Bosnia and Herzegovina. Our goal is to discuss the different paths of Bosnia and Herzegovina towards EU integration, which have become relevant, and the role and expectations of all actors in this process. 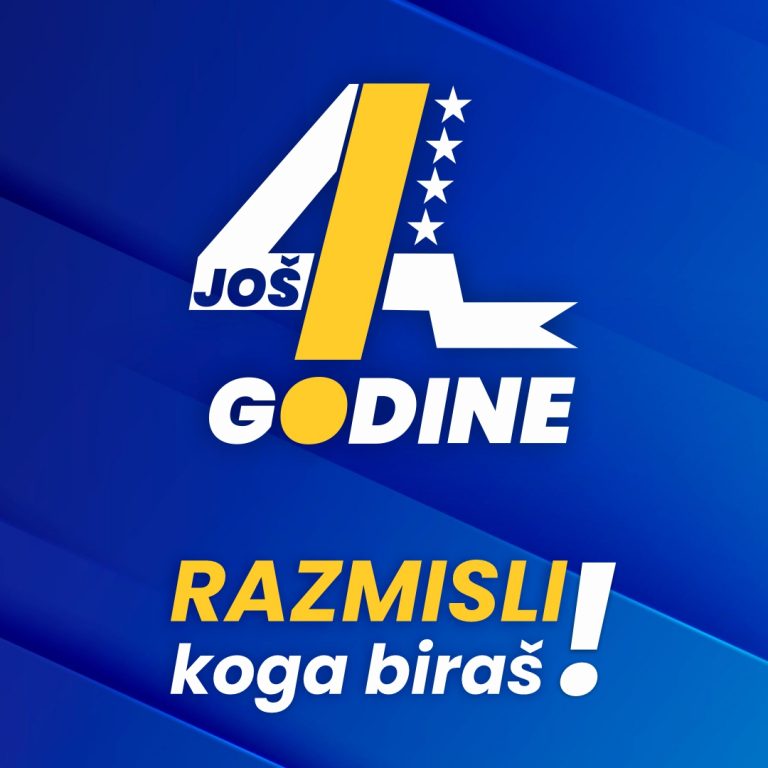