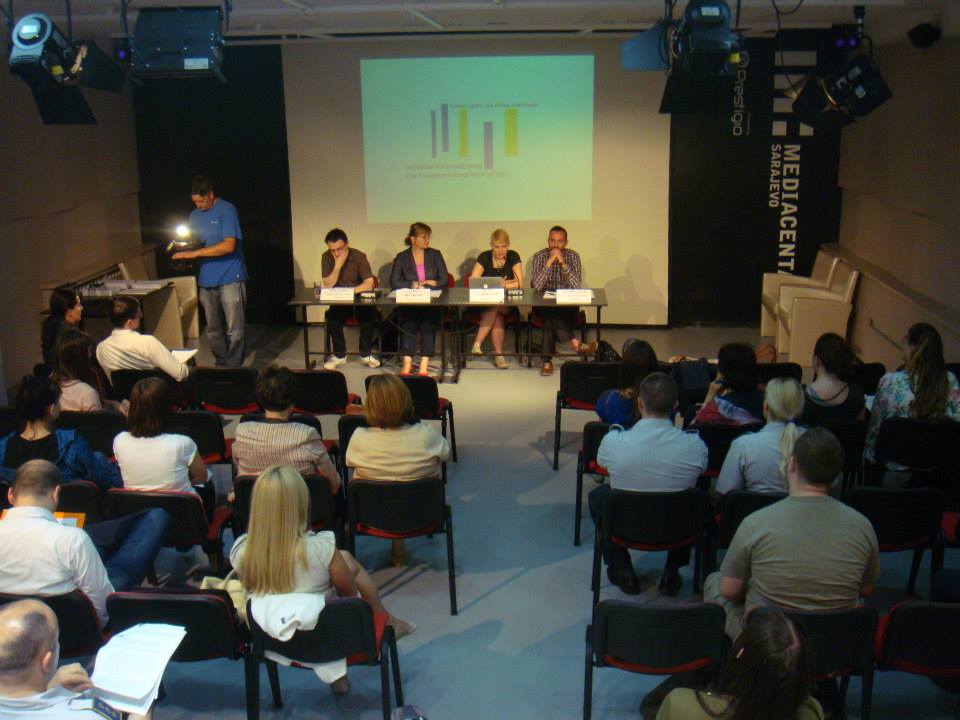 The focus of the presentation will be on these chapters: Parliaments and governments, Public administrations, Civil society, Judicial system, Access to justice, Fight against corruption, Human rights and protection of minorities and the issue of reform agenda.

Statements to the press will be given after the presentation and discussion (11:00 a.m.) and translation (B/C/S and English language) will be provided by the organizers.

About the Report:
This is the third Alternative Progress Report on Bosnia and Herzegovina’s EU integration, with a focus on democracy and the functionality of the state, rule of law and corruption, human rights, especially the rights of minorities and vulnerable groups, and transitional justice.

2014 was the election year and forming of governments was prolonged. The implementation process regarding the ECHR rulings in the cases Sejdić and Finci and Zornić v. Bosnia and Herzegovina has been fully marginalized and is no longer a matter of debate. The interest of international community is oriented on economic and social issues. Considerable movement is not visible.

The expectations that the general elections held in October of 2014 would bring a more stable political structures, ready to face various problems, were not met. Since the elections to this day, Bosnia and Herzegovina has been in a state of constant political crises. Judicial reform has been stopped, and the Structured Dialogue on Justice between BiH and EU does not show any progress.

Minority and vulnerable groups still live in difficult conditions. Discrimination and violence are all-present, and the Law of prohibition of discrimination did not yield the expected results, having in mind that only a few final judgements were passed in the six years after the enactment of the law. Comprehensive anti-discrimination policies for social integration do not exist.