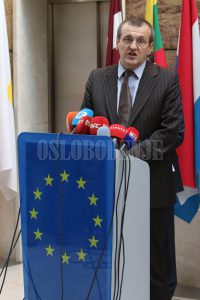 Cristian Dan Preda, representative of the European Parliament for BiH, visited BiH and attended the roundtable organized by the Initiative for Monitoring of the European Integration of BiH and EU Delegation in BiH. On the press conference, which was held after the roundtable, he stated that EU and BiH parliamentarians were not able to establish cooperation and that no one will become a member of EU by leaving for Russia. He referred to the conversation he had with the parliamentarians from RS who were against the establishment of the joint Parliamentary Committee.

The original text can be found on the following LINK.