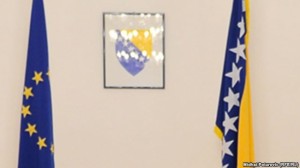 The Initiative for Monitoring EU Integrations of BiH considers the delay in adopting the Justice Sector Reform Strategy 2014-2018 unacceptable, especially the attempts of representatives of the institutions in Republika Srpska to apply political pressure in order to manipulate amending those parts of Strategy concerned with the establishment of the High Court of BiH.

It is important to emphasize that establishing the High Court of BiH mentioned in the Strategy constitutes a legitimate legal request which is in line with the principle of a two-instance system of legal proceedings and does not interfere with entity jurisdiction. Establishing the High Court of BiH as a second-instance court is connected exclusively to the already defined competences of the Court of BiH, and trying to turn a legal issue that is deeply rooted in the basic principle of protecting fundamental human rights and freedoms into petty politics is absurd and unnecessary.

Members of the Initiative for Monitoring EU Integrations of BiH would like to issue a warning to the state and entity authorities that blocking the IPA fund might have a negative effect on the functionality and efficiency of the institutions of the justice system in the entire country, as well as endanger both the process of prosecuting war crimes in BiH and the equal availability of justice for all citizens of BiH.  Therefore, members of the Initiative call upon the European Union not to allow any political representative in the country to turn legal issues into petty politics and to insist on adopting the Justice Sector Reform Strategy so that the the court system and the prosecution system do not have to suffer any financial “punishment”.